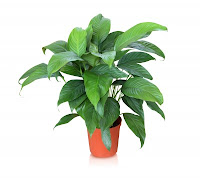 Awww, thank you for the house plant. Though fair warning...I will probably kill it. I have a black thumb.

Welcome to Appartment 325, the new home of Elizabeth Ann West and her journey to become an app developer with 0 programming knowledge. Okay, not EXACTLY zero, I can somewhat understand the overall gist, but I can't read, translate, or write code in any language aside from markup languages like HTML.

When I decided to write a fiction novel, I started a new blog at eawestwriting.blogspot.com. Since this is an entirely new ball of wax, though somewhat related to what I've done before, I figured a new home was a good idea for a few reasons:


So What Are You Planning Now, Elizabeth? 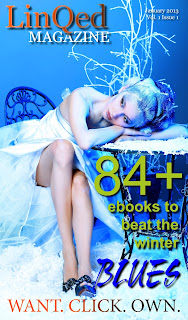 A digital magazine. It has been a dream of mine for over a year now to take what I've learned from writing non-fiction, my ability to lead even the most unwilling, and the appreciative love I have for the graphic arts and marry them into one project. LinQed Magazine.

In general, when a good idea bugs me this long I'm rather hopeless to give it up. Can I code? No. Have I used Adobe's Creative Suite of products longer than 3 months? No. Is that going to stop me? HELL NO!

I started with the plan to just format the magazine as an ebook. I know how to do that. But the problem is that's like calling a Harley Davidson Powerwheel and Harley Davidson Motorcycle close enough to the same thing. It's not.

Ebook formats can't handle embedded video well. Well, epub can but aside from the Apple iBookStore, epub distributors are mostly a sinking ship still relying on bilge pumps to stay afloat. Eventually, those motors are going to shit to bed. And Amazon's Kindle format can't handle embedded video either, even though the Kindle Fires can. So this means to have a truly interactive magazine, with moving parts and videos etc, I need an app.

Wow. You're brave, are you sure you can do this?

Well to be honest there isn't much out there, yet, about developing Kindle Apps for Dummies (that's me, and I'm proud of it). Because the Fire was so late to join the Android Party, almost all of the guides out there for easy app creation are for Google Play's marketplace, or Apple iOS (which isn't android, but Adobe exports easily to Apple apps).

I am straddling two worlds. I am a member of the geek end user world, but by and large I can't explain very well to other authors what it is I'm excited about at the little step stage. For example, today I managed to export a sample Adobe Flash app in the proper protocols for my First Generation Kindle Fire, sideload it, and install it. All it does is swipe between three panels, but it's a heck of a lot better than my homemade Indesign to Flash attempt that has Tourette's Syndrome by just flashing back and forth between the two spreads. And even that previous sentence, most of my authors friends have no idea what I'm talking about when I say spreads, sideload, and Indesign to Flash.

The other world I am visiting but NOT a part of is the developer world. I don't speak their language, and I have to be careful on forums and in the public spaces because it's easy for me to ruffle feathers. After all, I'm the equivalent of someone coming into my author forums saying they are going to write a book but asking what is a noun?

Mostly I'm watching tv.adobe.com every chance I get. :)

The hardest part of this project is NOT getting so caught up in my perfectionism that my ideal of what's good enough in my head doesn't remotely match up with my burgeoning app developer skills.

I have identified that there IS a need for clear content for the Gen X/Boomer generation using technology for entertainment, buying digital content, but without a real love for the technical side of things. Everytime they touch their iPad, Kindle Fire, or Android phone, they do so for either work or relaxation. They don't pick it up to have their intelligence insulted or to be reminded at how ignorant they are of what's going on under the hood.

This is my competition for a paid app in the Kindle App Store for a MAGAZINE: http://www.amazon.com/Best-Sellers-Appstore-Android-News-Magazine-Apps/zgbs/mobile-apps/3310778011/ref=zg_bs_nav_mas_1_mas

Nasa. I have to make something with a broader appeal than a Nasa App and a Sun Alert. Seriously.

Now, the paid magazines, the number #1 as I write this is still #755 in the App Store overall. This means that so far, magazines aren't popular enough to overtake the games world. But that's okay, because if there were already a ton of highly ranked magazine apps in the paid store, I'd be screwed. There would be no more room at the table.

But Elizabeth, print magazines already have apps and they're free!

Funny you should mention that. If you read the reviews, most of those users are not happy that the app is free, but THEN you have to pay $1.99 and up per issue, all the way up to almost $7.99! It's not that they don't want to pay for the content, it's that the app doesn't fully replace the print version and in some cases it's more expensive/not included in the price of getting the print subscription.

Moral of the story? Don't nickel and dime people to death and use false advertising to get them to download a free app with in-app purchasing for anything worth time.

No, Linqed Magazine will be $0.99 an issue. Apps make 70% still on their list prices, and each month will be a unique app unto itself for a number of reasons: 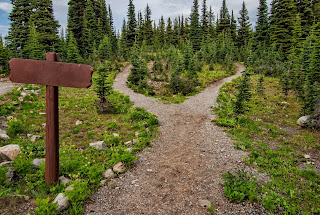 I am at a fork in the path right now. Originally I was going to try to use a nifty "Make my Indesign file an app" service.
But, do I try to figure out how to make Indesign to Flash, or just Flash from the get go? The only hesitation I have is that by designing in Indesign first, I have more power to export to PDF, epub, and even Kindle formats with just a few modifications, and it will support the multiple layouts and liquid layout designs (fancy speak for making the magazine adapt to the screen size it's viewed on and the orientation it's being held in. Yes, super cool.)

I need to find out if Flash export to InDesign. I don't think so.

I also need to learn if the bug I experienced today is a common thing. Is it too much of a bastardization of the developer process to get used to going InDesign --> Flash Pro? In other words, am I making a bad habit by not learning Flash Pro more first?

So tomorrow is a new day to do more research and play around. Again, welcome to Appartment 325, home of one wacky author who woke up one day and realized she needed to become an app developer.